Are you looking for an Elvis Presley doll? Elvis Presley is the undisputed King of Rock 'n' Roll and these dolls are testiment to how celebrated he was and still is today.

Elvis has so many fans looking for different pieces to remember him buy that collectible Elvis dolls are helping to fill the void.

There are Elvis dolls representing his early days in the 50s to his army years, even his marriage to Priscilla is celebrated (although Elvis was reportably worried that getting married would alienate his fans).

Elvis Presley's movies can be celebrated in doll form with his Jailhouse Rock dolls and Blue Hawaii dolls. If you love Elvis then the only problem you're going to have is deciding which Elvis doll is your favorite!

Celebrity dolls make great gift ideas for people and these Elvis dolls are no exception, so whoever is the Elvis fan in your home you'd better made room for these dolls because they're all shook up just waiting to be put on display! 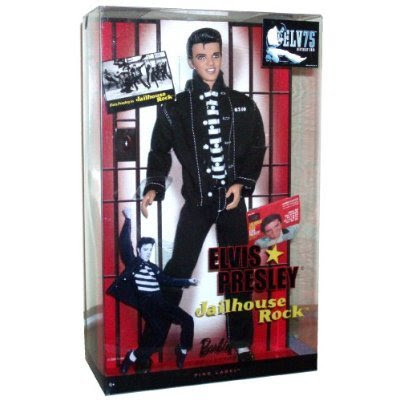 This Elvis portrait doll was based on one of the 33 films that he stared in - Jailhouse Rock. The fitted jeans and matching jacket over a striped prison shirt really helps to capture Elvis Presley's irresistible charisma - the reason he's still idolized after all of these years. Designed by Linda Kyaw the doll also captures Elvis' signature smile and slicked back hair which adds to this doll's undeniable allure.

If you love a man in uniform then this Elvis doll is the one for you. 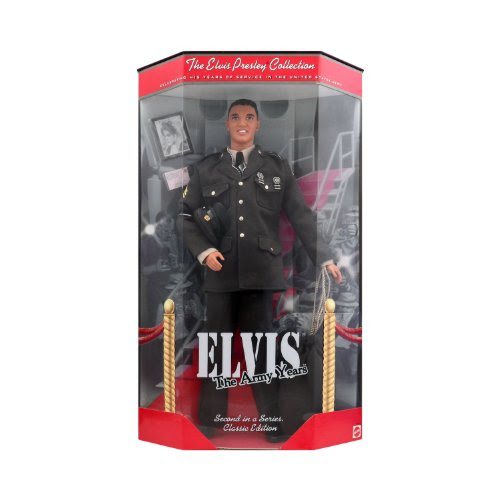 The King is proudly wearing his dress uniform in style and rocking a crew cut. The winter army uniform is complete with insignia's and badges and the doll is even wearing dog tags

This doll even comes with accessories including a miniature framed photo of Priscilla and a letter from her too.

This Elvis doll was released in 1998 to commemorate the 30th Anniversary of Elvis' 1968 TV Special. Elvis' performance on this show is believed to have been what elevated his status to that of legendary and made him The King of Rock 'n Roll. 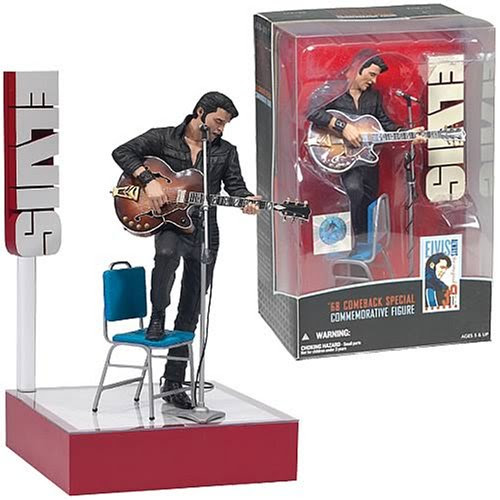 Clad in black leather and making some very suggestive moves the crowd went absolutely wild when he performed.

If you were lucky enough to see this special then you'll appreciate that this doll is authentic in the looks right down to his trademark sideburns! 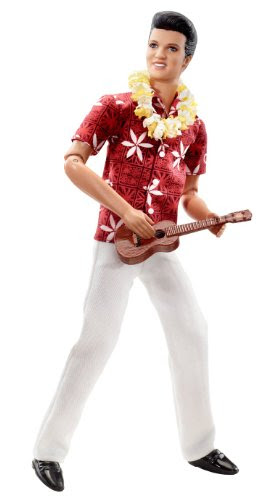 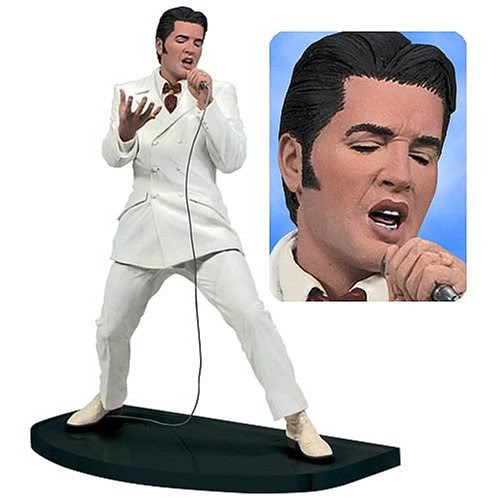 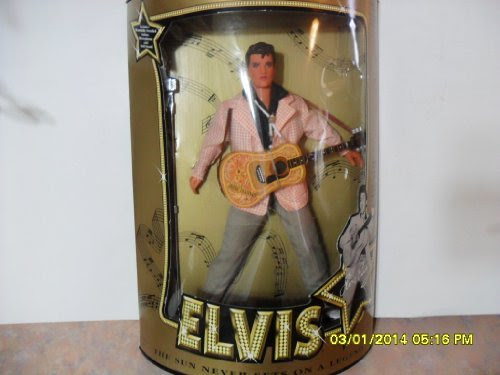 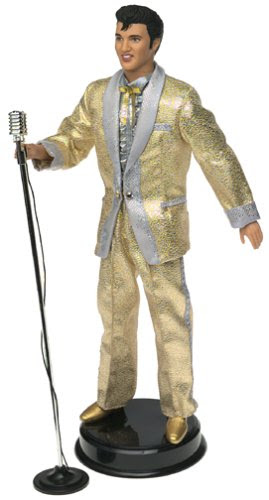 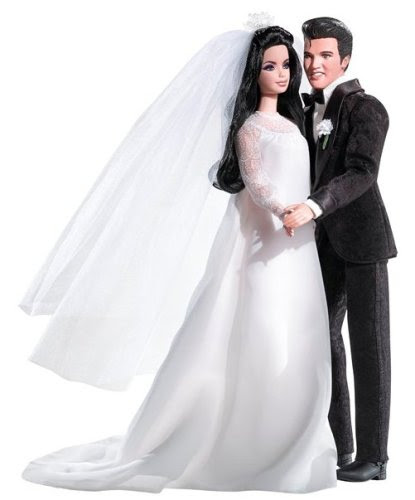 This gorgeous set of two dolls depict Elvis Presley and Priscilla Beaulieu on their wedding day in 1967. A Barbie Doll Pink Label Collection this is a set that both Elvis fans and Barbie fans alike will want to collect.

Elvis is pictured in his black tuxedo, boutonniere and signature dress boots while Barbie portrays Priscilla in a white satin wedding gown trimmed with faux seed pearls and also wearing a tiara and veil on her head.

This doll set was released in 2008 and is available in new boxed condition.

When I think of Elvis the look that springs to mind is of Elvis in a jumpsuit, but he actually only 'acquired' this look in the 1970s - the decade that was to be his last on earth. Let's look at Elvis during his last few years......in doll form that is. 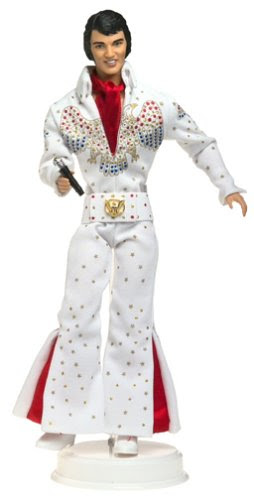 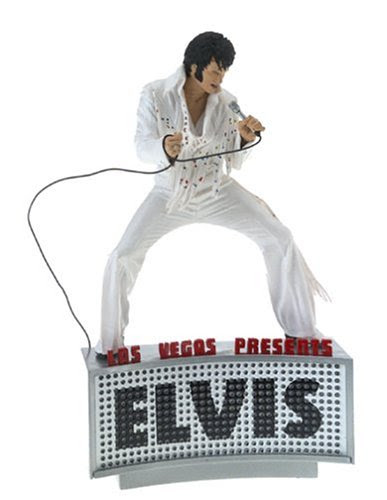 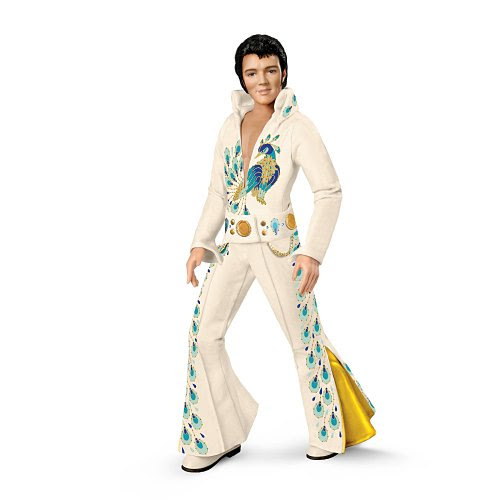 Which is Your Favorite Elvis Presley Doll?

I usually think of Elvis in a jumpsuit, but watching his old movies makes you realise what a heart throb he really was and because of that I think I'd pick one of the Jailhouse Rock Elvis doll as my favorite
Posted by Lou16 at 4:38 PM