From Monster High to Ever After High 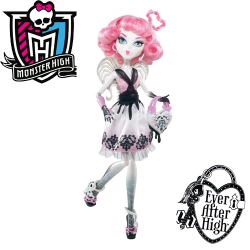 We first met C.A. Cupid when she was a student at Monster High School, but she’s changed schools and now attends Ever After High School. So who is C.A. Cupid? Well first up she is a girl who gets very frustrated when people read her name and assume she’s male. You can hardly blame people though as if she’d read her history books she would realize that women did often use just initials with their surname so that people would assume they were men especially writers such as P D James etc.

Wonder why she does’n use her given names? Once you hear what they are you realize what a mouthful they are and things become a lot clearer! The names in question are Chariclo Arganthone, Clo might’ve been a nice shortened version that she could have used, but…….. in her own words she says her name is “scary long, hideously unpronounceable and you know you’re just going to call me Cupid anyway!”. With her bow lips, pink hair and belief that love really does conquer all Cupid is certainly the perfect name for her!


She is actually the adoptive daughter of Eros the Greek god of love (which definitely explains her Greek sounding middle name). Her favourite school subject is psychology and she uses this when exploring relationships – she’s kind of like an agony aunt when it comes to teenage love.

Eros did give her wings, as well as the family tools of trade – a bow and arrow – and taught her all about love. Unfortunately C.A. Cupid is a terrible shot which means that shooting Cupid’s Arrows are not her forte. She does help teens in their quest for love on a radio show she hosts at Monster High though. Broadcasting from the catacombs under Monster High School her daily radio show – On Air with C.A Cupid – helps to teach her fellow students that love is special and doesn’t have to be scary at all.

It was on her radio show that she made this announcement –

C.A. Cupid – Ever After High Student


Next we see her as a student at the enchanting Ever After High School – her looks have changed slightly, but she’s still all about love and encouraging others to follow their heart which could explain why she’s a Rebel at Ever After High.

The students are split between being a Royal or a Rebel depending on whether they want to continue their pre-determined life stories or if they want to carve out different futures for themselves. As you can’t help who you fall in love with it’s totally understandable that Chariclo Arganthone Cupid would be on the Rebel’s side isn’t it?


The first doll that was available was the Monster High one which I have for you below. This doll shows off her white skin that fades to black and her wavy pink hair with gorgeous aqua eyes and her wings that look more like a rib cage.

In Ever After High her lovely wavy pink hair is longer and her hands and feet are no longer black. Her wings also contain feathers instead of looking like a rib cage! She certainly looks much more ‘princess like’ to me.

Here are the Ever After High C.A Cupid dolls that are available - 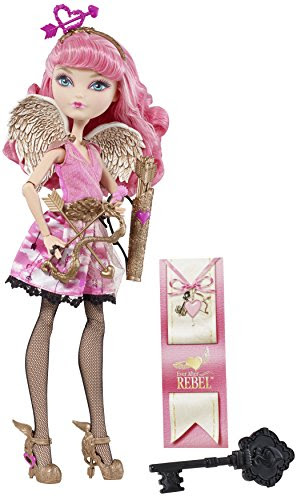 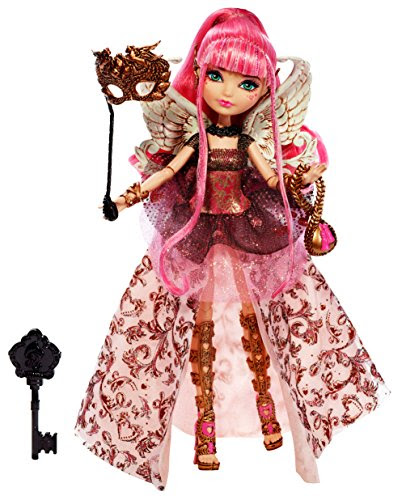 Ever After Thronecoming C.A. Cupid Doll 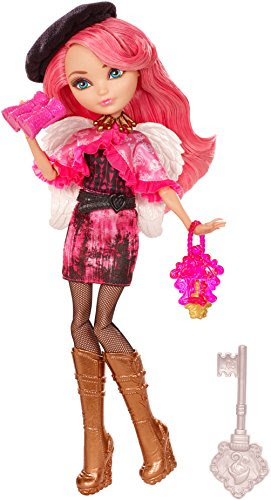 Ever After High Through The Woods C.A. Cupid Doll

Ever After High Dolls


When she was at Monster High Cupid would always claim that her BFFs were any monster who is in love with love – very diplomatic! She certainly was happy to give advice to any of her fellow Monster High School students when it came to matters of the heart.

At Ever After High Cupid says that her BFFs are Apple White (a Royal), Raven Queen (a Rebel) and anyone with an open heart. Having both Apple and Raven as best friends wouldn’t be the easiest as they aren’t friends themselves (although they try to stay on friendly terms), given that their destinies are supposed to be intertwined this is hardly surprising. 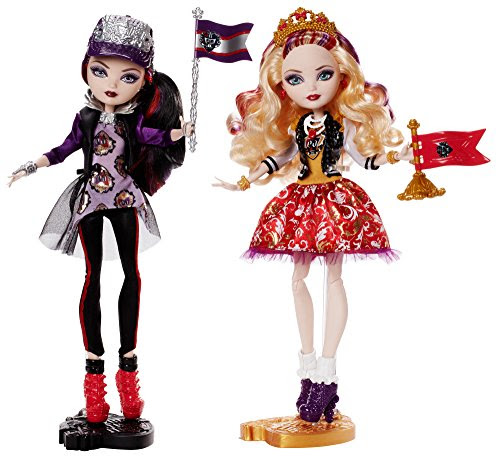 Apple White is the daughter of Snow White and is destined to live happily ever after with Daring Charming – settling for her fairy tale (even a happy ever after one) doesn’t really seem like the sort of thing Cupid would really approve of does it?

Raven Queen is the daughter of the Evil Queen (Ravenna) and does not like the fact that her story has her poisoning Apple so wants to rewrite her life story, doing this however doesn’t leave her anytime for dating – another job for Cupid perhaps?