Ever After High Dolls - Raven Queen 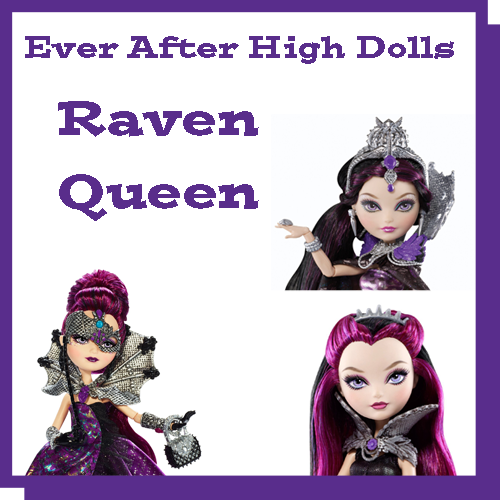 I love the color purple so it comes as no surprise that when looking at the first Ever After High dolls I gravitated towards the Raven Queen doll first, but let me backtrack a moment.    Have you heard of the Ever After High dolls that Mattel introduced in 2013?   They are based on the children of some of the characters of our favourite fairytales like Snow White and the Seven Dwarfs or Beauty and the Beast.

The first dolls released in this series were Raven Queen, Apple White, Briar Beauty and Madeline Hatter.   Raven Queen is the daughter of the Evil Queen who is sometimes referred to as Queen Grimhilde or Ravena and the Good King who is best known as Snow White’s father.   The fact that this would make Raven Snow White’s half-sister and aunt to her roommate Apple isn’t touched on in the stories about Ever After High.

Anyway back to Raven Queen, I think she looks great and purple really is a good color for her, instead of making her look evil like her mother’s purple cloak did, Raven manages to make the color just look awesome!   In one of the early episodes Raven complains to her friend Maddie (Madeline Hatter, daughter of the Mad Hatter) that everyone in school is scared of her and thinks she’s evil.   Maddie pooh poohs the idea, but then we see people scurrying away so that Raven doesn’t see them and you realize that it’s not Raven being oversensitive, everyone DOES think she’s evil.   The problem is that although her mother is evil her father is good and Raven takes more after her father than people want to believe.

Raven not being as evil as her mother is about to set Ever After High on an interesting course as she causes a fraction in the school, but first let’s look at the very first Ever After High Raven Queen Doll.

An Ever After Doll 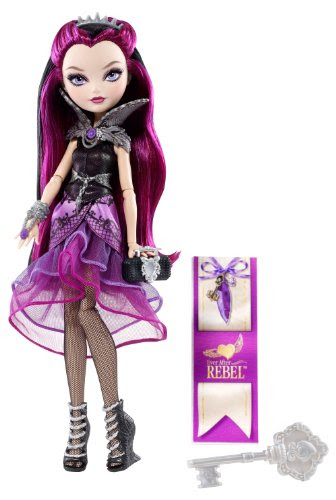 Raven’s favourite colors are purple, silver and black which are showcased in her edgy outfit here – you can certainly see a Gothic influence which is perfect for the Evil Queen’s daughter! She has the most amazing violet colored eyes which look great with the plum colored streaks in her long black hair.

I really don’t need to describe her outfit to you as you can see it for yourself, but the tall, dramatic collar does seem faintly reminiscent of the collar on her mother’s cloak from the picture I first remember seeing when I read the story of Snow White as a child. She may not have her mother’s evilness, but perhaps she does have some of her style……

Ever After High School Loves Tradition

While we go to school to learn things and to grow into our own people at Ever After High the students aren’t expected to carve out their own lives, instead they are expected to follow the fairytales already prewritten – the school believes that our destinies are pre-determined.

Some of the students are fine with that and on Legacy Day are keen to agree to live their pre-determined fairytale, students such as Apple White is more than happy to eat a poisoned apple because she knows her very own Prince Charming will save her and she’ll live happily ever after.

Unfortunately not all of the characters have a happy ever after ending and not only that they don’t all take after their parents.   Are you like both of your parents?   We usually take after one more than the other and when it comes to Raven Queen she has the Good King as a father and the Evil Queen as a mother and she appears to take after her father even though according to ‘her legacy’ she’s supposed to become the Evil Queen.


Will Raven Queen ruin Legacy Day for everyone as she rebels against her own ‘legacy’ and wants to be true to herself and choose her own life path and destiny?   Well whatever happens you can be sure it’ll happen in style at Ever After High!

A Gorgeous Ever After High Doll 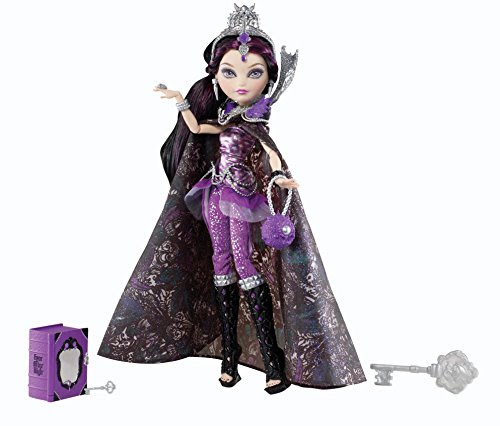 Raven really does take her style to a whole new level for Legacy Day with that gorgeous floor length cape – don’t you think she’s stunning? 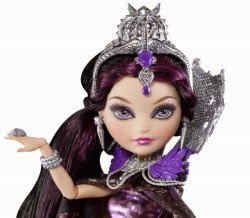 You can see on this close up of her face that she has changed her make up along with her outfit and I’m loving her green eye shadow as it brings out her violet eyes even more – I’m so glad this doll is going to be released in time for Christmas as I know a little girl who will simply adore it.

Mind you she’ll probably prefer the glitter under her eyebrows to the green eye shadow, but then she is young!!


If you’ve heard of Ever After High before then please take part in the poll below and if you haven’t then I’m sure you’ll be hearing plenty about it soon as I foresee this range from Mattel becoming just as popular as Monster High which is where the idea originated.

More Raven Queen Goodies from Raven's Thronecoming to her Vanity

If you like the look of the delectable Raven so far then be sure to check out the goodies here and bookmark the page as I'm sure they'll be more things added over time. 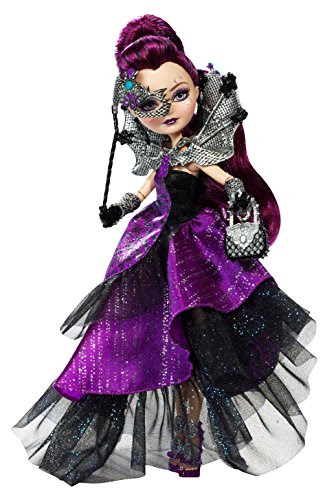 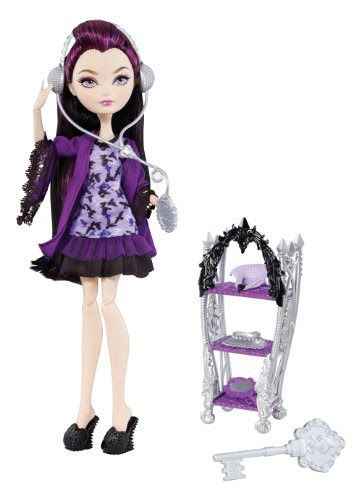 Ever After High Getting Fairest Raven Queen DollCheck Price 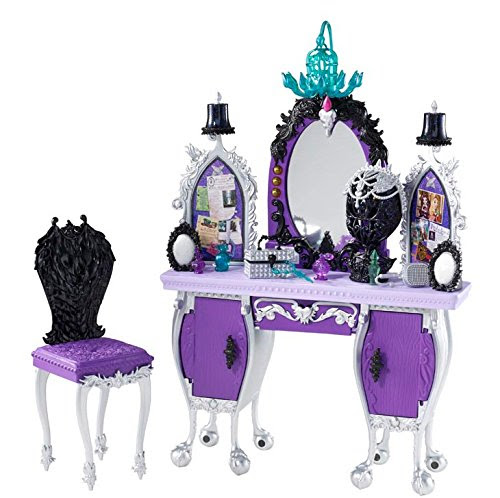 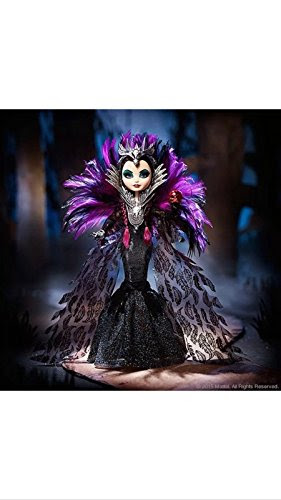 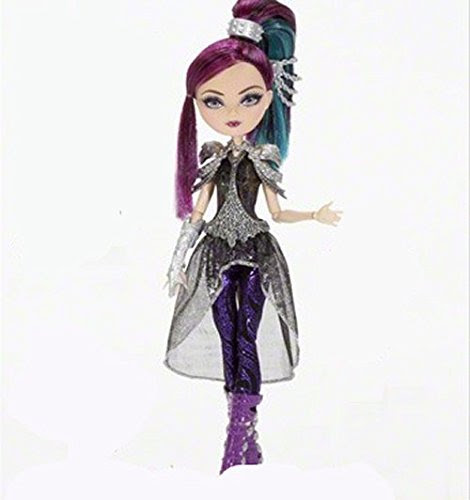