Ever After High Dolls - Apple White 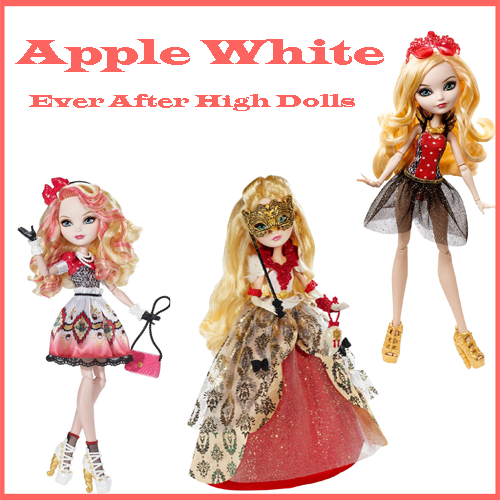 Why Snow White would name her daughter Apple after the Evil Queen tried to kill her with an apple when disguised as a witch does make me (as a mother) scratch my head a bit, but luckily my grandniece (who is the one that still loves dolls) hasn’t questioned the name so I’m guessing it’s not important to her.

Although she has her mother’s red lips Apple doesn’t have her mother’s hair which was ‘as black as ebony’ instead her hair is golden and cascades in curls down her back, it actually makes me think of Goldilocks when I see it and I would’ve preferred her to have dark hair, but I know that although Snow White was my daughter’s favourite princess my grandniece (who wants all of the Ever After dolls) seems to think that princesses should have long blonde hair and as she’s the ‘target audience’ for toy manufacturer Mattel they’ve obviously done their research well.

An Ever After High School Doll 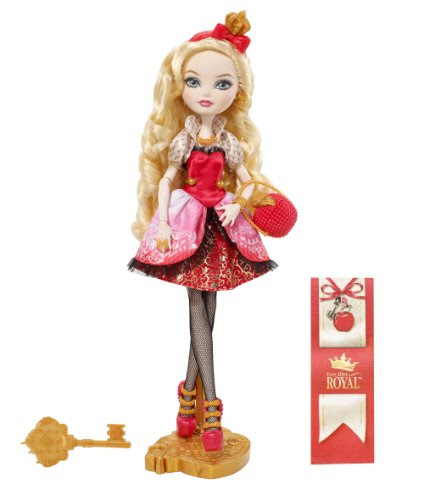 This is the first Apple White doll that was released and shows Apple wearing a gorgeous red and pink outfit, but probably the touch that I like the most is her apple shaped purse which I think is absolutely gorgeous.

The high heels could end up being a problem because my little niece already wants to wear heels and she’s only 6, but maybe we can tell her only daughters of princesses can wear heels…… 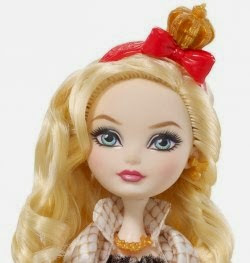 Look at her face – isn’t she gorgeous? I can see why little Miss M fell in love with this blue eyed, blonde haired doll as she looks quite angelic close up. Now she does come with a hairbrush, but I wouldn’t recommend encouraging your child to brush her hair as I’ve found quite a few dolls look terrible and lose any curl when over brushed. I haven’t actually tried brushing Apple White’s hair though as she’s still in a box waiting to be wrapped up for someone’s birthday.

Ever After High is a divided school between Royals and Rebels and Apple White is a Royal – probably because she’s been promised a happily ever after ending to her life. Let me explain….

An Important Day at Ever After High


On Legacy Day the students of Ever After High have to make a pledge to follow their destiny and live the same lives their parents did, this has led to a divide. Apple White can’t wait to make her pledge as she gets to marry her prince and live happily ever after, other children aren’t so eager to pledge as they don’t get a happy ever after as their parents were evil.

The two different groups are divided between the Royals (of which Apple White is one) and the Rebels which includes people like Apple’s roommate Raven Queen who as daughter of the Evil Queen does not have a happy ever after in her life, not only that she’s supposed to be evil.

A Gorgeous Ever After Doll 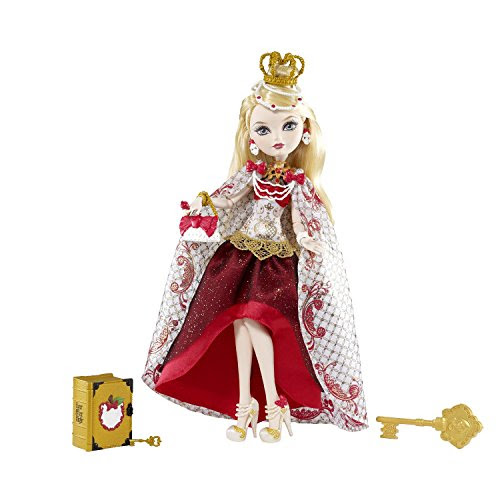 Legacy Day is such an important day at Ever After High that the students get to dress up in their finery and you can now get Apple White in a very regal looking costume for Legacy Day. 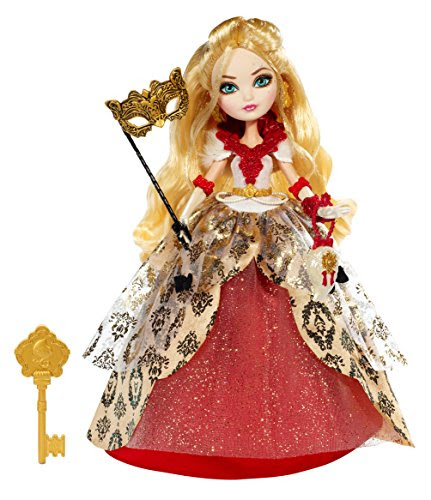 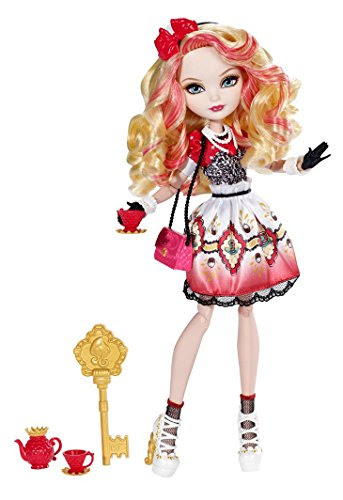 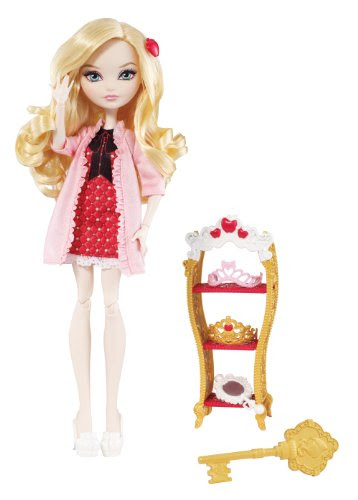 Ever After High Getting Fairest Apple White Doll 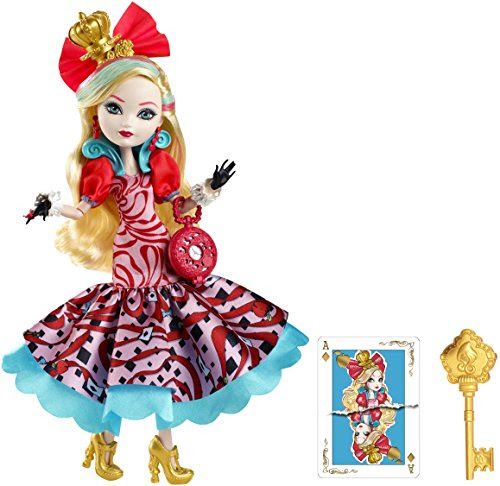 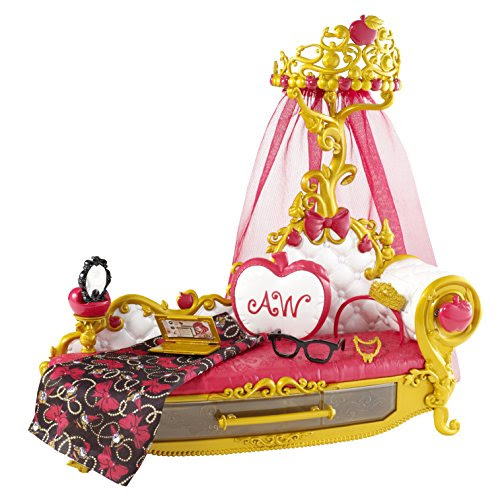