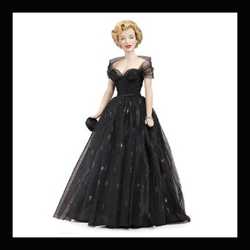 Marilyn Monroe dolls are a popular collector's item as people continue to be fascinated by the iconic 50s blonde bombshell that died far too early. Marilyn Monroe encompasses the glitz and glamor of early Hollywood and her death while she was still at the peak of her career has turned her into even more of a pop culture icon.

These Marilyn Monroe dolls are dressed in outfits like ones she made famous or outfits that embody what Marilyn stood for. Famous not just for her acting and modelling, but some of her memorable quotes. Marilyn Monroe's death was surrounded by controversy because of her affairs with both Bobby and John F Kennedy. I wonder if the little girl born Norma Jeane Mortenson could have envisaged having a single doll made in her image let alone all of these featured......and more besides.


This gorgeous looking Marilyn doll is based on an Awards ceremony that she attended in 1951, as you can see she obviously stole the show with this exquisite black dress. The doll even comes with it's own matching bag! 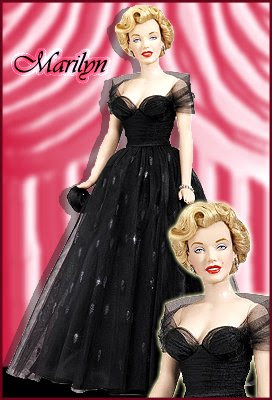 
Barbie Doll's also released a Marilyn Monroe doll as part of their Blonde Ambition Collection which celebrates some of the most iconic blondes in American history. The gold lame inspired dress that Marilyn is wearing is inspired by one of her famous dresses from the 1953 movie Gentlemen Prefer Blondes. 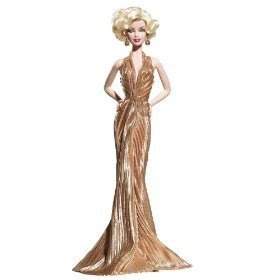 
Marilyn Monroe played the role of Lorelei Lee alongside Jane Russell in the 1953 movie Gentlemen Prefer Blondes as best friends and showgirls. This Barbie doll is a recreation of Marilyn's character Lorelei Lee in true showgirl style and is sure to impress any Marilyn Monroe fan. 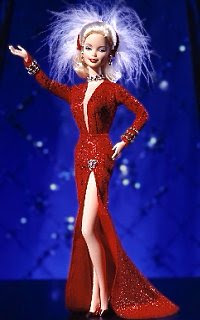 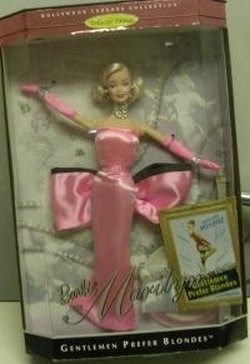 Yet another Barbie doll inspired by the movie Gentlemen Prefer Blondes, this Marilyn Monroe doll is based on the song that Marilyn sang in the movie - Diamonds are a Girl's Best Friend. This song has been covered by many singers since, most well known is probably the Madonna version where she also copied the dress.


One of the most famous scenes that are associated with Marilyn Monroe comes from the movie The Seven Year Itch where Marilyn wears a white halter neck dress and stands over a grill that causes her dress to lift up. This image is on popular Marilyn Monroe posters and is also being recreated by this Barbie doll.

As well as the iconic white dress this Marilyn Monroe doll also wears some beautiful faux pearl ear-rings. An absolutely stunning rendition of the scene from the 1955 movie. 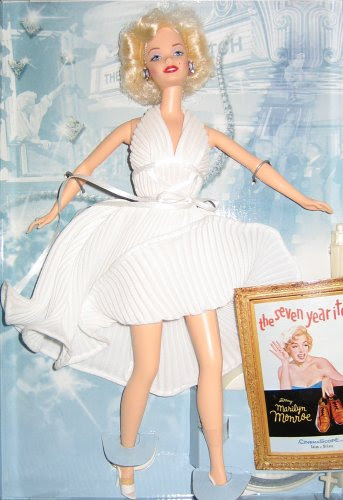 
There were apparently 6 dolls created in the Marilyn Monroe Collector's Series. All of the dolls seek to embrace the glamor that Marilyn brought to Hollywood, but they aren't recreations of movies or posters that have made her famous.

Marilyn is decked out in blue, emerald green, sizzling silver as well as fur in these opulent looking dolls..... 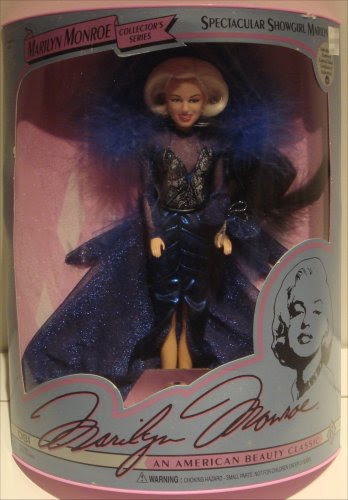 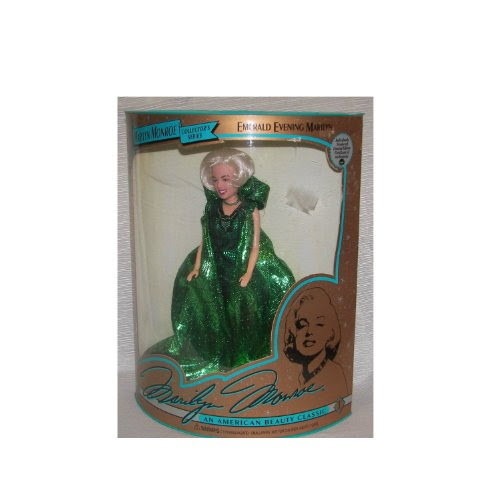 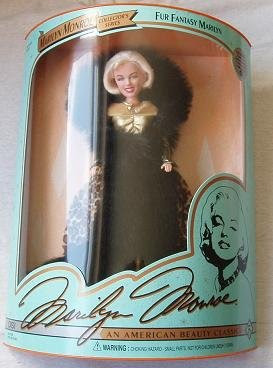 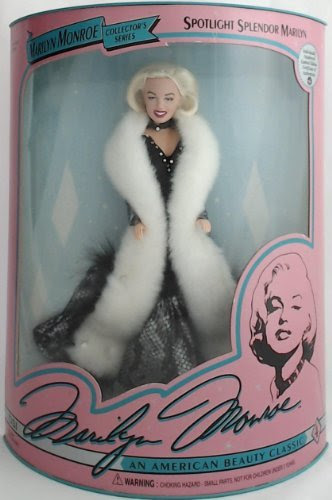 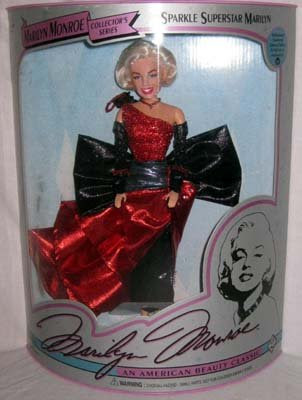 
This Marilyn Monroe doll is inspired by the gown that Marilyn Monroe wore when she sang Happy Birthday to President John F Kennedy just 3 months before her death in 1962.

Marilyn's breathless rendition of Happy Birthday was actually to be her last public appearance. 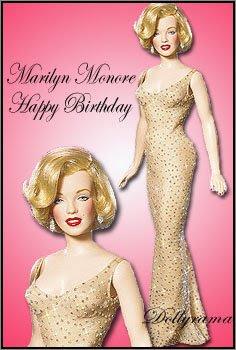